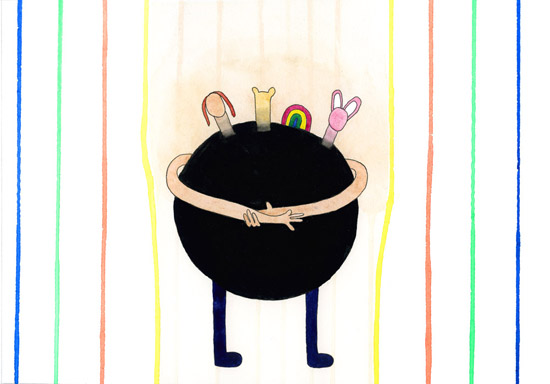 I had the opportunity to read poet and Buzzfeed editor, Saeed Jones’ response to the 2016 Pulse nightclub shooting, which incidentally has its third anniversary in less than a month. In it Jones makes an all-caps plea to his queer community: WE ARE ALL WE GOT, he says.

I think of the vigils across the country on the evening after that shooting. Where I lived, people filled the streets in and around San Francisco’s Castro District, nearly 3000 miles away from the one being held in Orlando. People leaning out onto the street from their windows, everyone crying but in this giant exhale because we were amongst each other.

In Mike Rinder’s recent blog, penned in part for those of us in Scientology’s second generations, I was most haunted by this line:

This is a “church” that strikes fear not only into victims, but witnesses as well.

I think of the look on my last lover’s face the night I tore into her because she wasn’t “acknowledging me correctly.” How it’s taken too long for me to realize the many ways Scientology is still in me and thus in every one of my relationships even though it’s been over a decade since I left.

This reminds of the protests held outside Scientology Churches in January, 2008, which was initiated by a small number of hacktivists associated with the online collective Anonymous. I was working for an OT 8 at the time, under the radar – even to myself but couldn’t help but pass by the protest on my way home from work. The man who handed me a plastic mask and how I tried to give it back, panicked that someone would see me interacting with an Anonymous protester. How I ran away around the corner and leaned against a building out of breath, the mask still in my hand. Ten minutes later, slipping it on while zipping my fleece up to the neck, I turned the corner and stood with the crowd of 300+ in Chicago but I didn’t start weeping until I heard the man propped up on another man’s shoulder yell into the crowd: I am you. I am not you.

When former kids of Scientology aired their stories on Leah Remini’s Scientology: Aftermath (try and say that ten times fast), and without expecting it to, an element of their past reverberated into our lives while we watched them. We felt something hearing ourselves in their story—a communal sigh occurred. Not only from ex-second generation scientologists and first generations but also those raised in other cults. Even the non-Scientologists nationwide finally considered this inevitable: That could be you next time. Your daughter.

People who don’t know the internet as refuge, have never felt the fear of showing affection to someone in public. But that’s more symbolic than literal. Symbols are crucial right now.  This letter is a symbol. It’s me saying, Hey there and you’re welcome here. Thank you for coming—I’m grateful you care, too. I know that now is an exciting time for those who have been chipping away raising awareness on this issue. It’s also scary, and tense, and urgent feeling—and it’s as if every choice is the most vital choice. To be here, is my choice and feels vital. To say I no longer practice Scientology is my choice and feels vital. To say I am deeply burdened by the ways it raised me, encouraged others to raise me and the ways I observed it raising other kids—those were darker times and to say it, feels vital and is my choice.

Whether you are Saeed Jones or the anonymous man perched lovingly on the other man’s shoulders, both sets of words stand:

we are all we got.